Johnson was a painter in oils, watercolours, tempera and pastel of portraits, figure subjects and landscapes. He was also an important lithographer, etcher and charcoal draughtsman, and was distinguished as a writer on techniques of drawing.

He was born in Shifnal, Shropshire, and studied at Slade School under Alphonse Legros (1885-7), and at the Herkomer Art School in Bushey (1887-9). He exhibited very widely at the principal London galleries from 1886 and extensively abroad. He subsequently became Professor of Fine Art at London University's Bedford College and Chelsea Polytechnic respectively. He was a teacher of life painting and drawing at London School of Art and the Byam Shaw School. Elected an RBA in 1896, RI in 1906; he received an Honourable Mention at the Paris Salon in 1922 and a silver medal in 1923. His published books were The Art of The Pencil which is a wonderful record of his fine draughtsmanship. Amongst his highly successful work he was an illustrator for Thomas Hardy's Tess of the D'Urbervilles.

He married artist Esther George. They both exhibited in the 1924 Show Day in St Ives, with Johnson showing several fine oils, charcoals and pencil studies. According to the St Ives Times, one was 'a busy scene on the Wharf in the fishing season, with girls packing the fish, and a cart loaded with barrels on its way.'

And click here to see some of these pictures as jigsaws!

Portfolio (some paintings & drawings in the Museum collection) 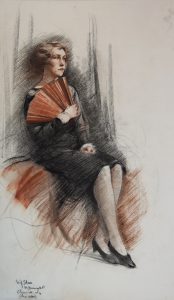 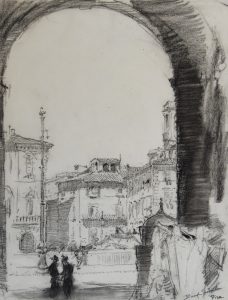 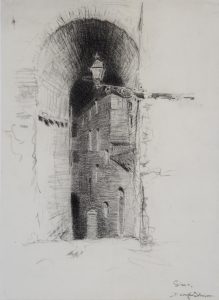 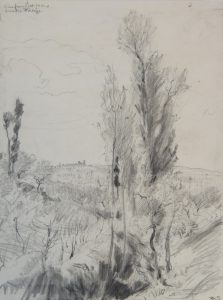 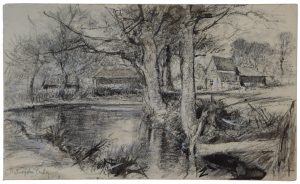 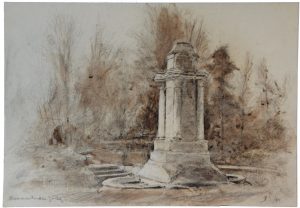 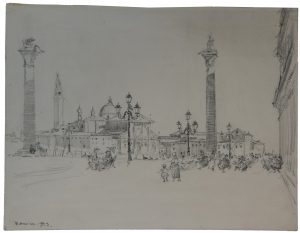